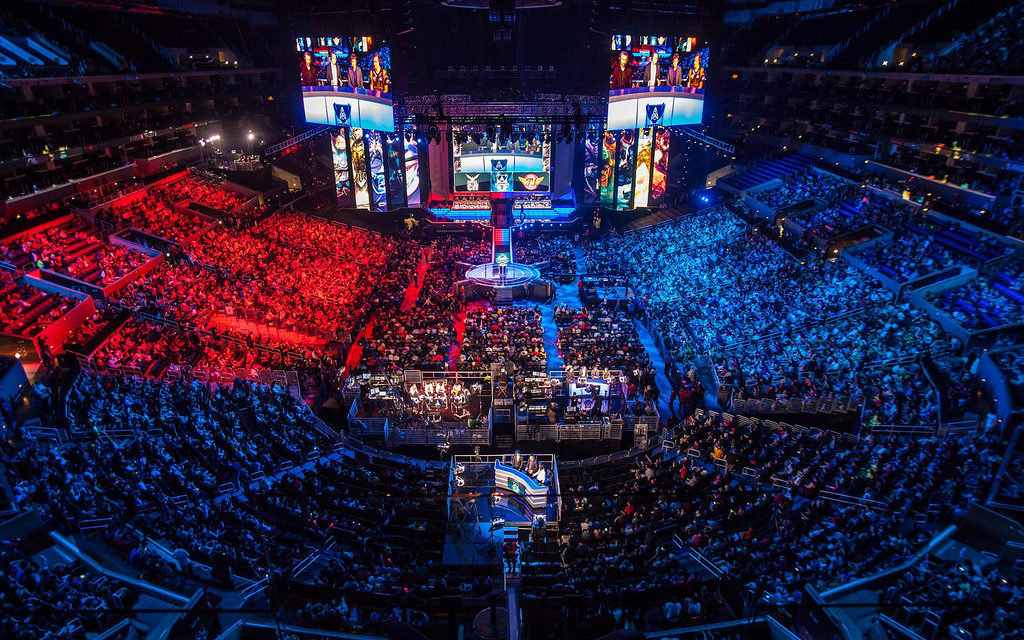 According to the video game market research company SuperData, one in three people on the planet play video games on their computer or phone. That’s two and a half billion people. And esports — competitive video game playing — has exploded over the last couple of decades. It’s now a $1.5 billion business.

At Blizzard Arena in Burbank, California, a lot of (mostly) young people sit staring at a massive video screen overhead. They’re watching two teams of six professional players battle each other in a video game called “Overwatch.” The players direct online heroes who must save their world from chaos. It’s loud, and the camera angles are fast and unsettling, but the audience follows it seamlessly. Most don’t know (or care) that they’re sitting in the very sound stage where Johnny Carson and Jay Leno filmed ”The Tonight Show” for more than 40 years — they’re totally consumed with what’s happening up on stage.